Amsterdam’s former timber harbour is being transformed into the city’s first climate neutral district characterizing by va variety of building types and styles, in a high quality built environment that offers abundant access to water and green spaces.

From industrial to residential use

This previously industrial terrain is being reshaped into seven green, car-free peninsulas on the Ij.  When complete, the district will consist of approximately 2,700 new homes of which 20% will be social housing. The area will provide access to important services, including schools, daycares, medical services, as well as hostels, restaurants and other commercial functions.   Schools were the first functions to be built in this new district.

The Houthaven energy vision lays out three priories for achieving a carbon-neutral energy system. First, energy efficient building envelopes limit heating requirements. Second, buildings are connected to the city’s district heating and cooling networks. The heat is a byproduct released in the generation of electricity from waste at the city’s incinerator. Cooling is also necessary because temperatures can soar in the highly insulated climate neutral homes in the summer. This is why sustainable cooling is provided by means of Ij-water which is stored in the soil and offer a buffer during the hot summer days. The combination of district heating and cooling amount to 80% CO2 savings compared to baseline systems. Lastly, electricity requirements are met through generation of renewable power on site.

Other key sustainability features include:

Currently, Houthavens is severed from neighbouring Spaarndammerbuurt district by Haarlemerdijk – one of the busiest car thoroughfares in Amsterdam. But soon to be open Spaardamerburt tunnel will place through traffic underground, making space for the new Houthaven Park connecting the two districts. 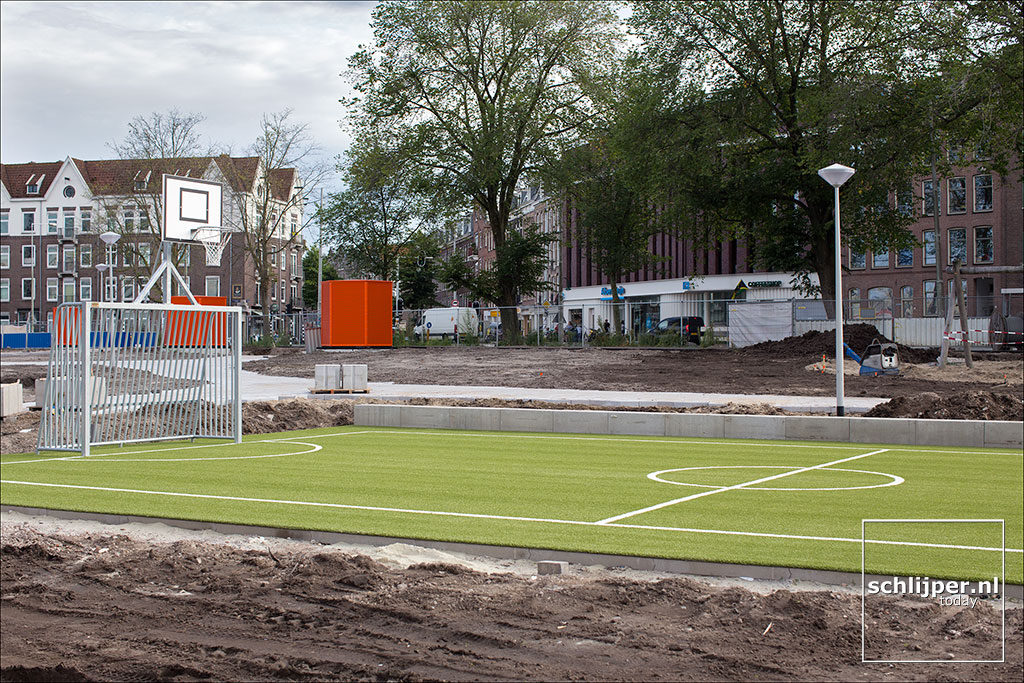 With the Spaarndammertunnel nearly complete, the new Houthavens park is taking shape.

Like waterfront redevelopment projects before it, Houthaven is shaping up to be one of Amsterdam’s most sustainable and livable districts.  You can visit the area and experience the transformation first hand on a Sustainable Amsterdam or Transformations on the Waterfront study tour.

You can find a complete list of plans and publications about Houthaven, on the City of Amsterdam’s website (in Dutch).

The Roboat: autonomous floating vessels soon to make an appearance on Amsterdam’s canals