Plantage Middenlaan illustrates one of the most dramatic street redesigns in Amsterdam in recent years. The current situation is the result of several iterations that incrementally took space from cars and reallocated it to pedestrians and cyclists, until cars were banned completely.  The change from asphalt to grass also helps capture storm water – an issue increasingly common with climate change. 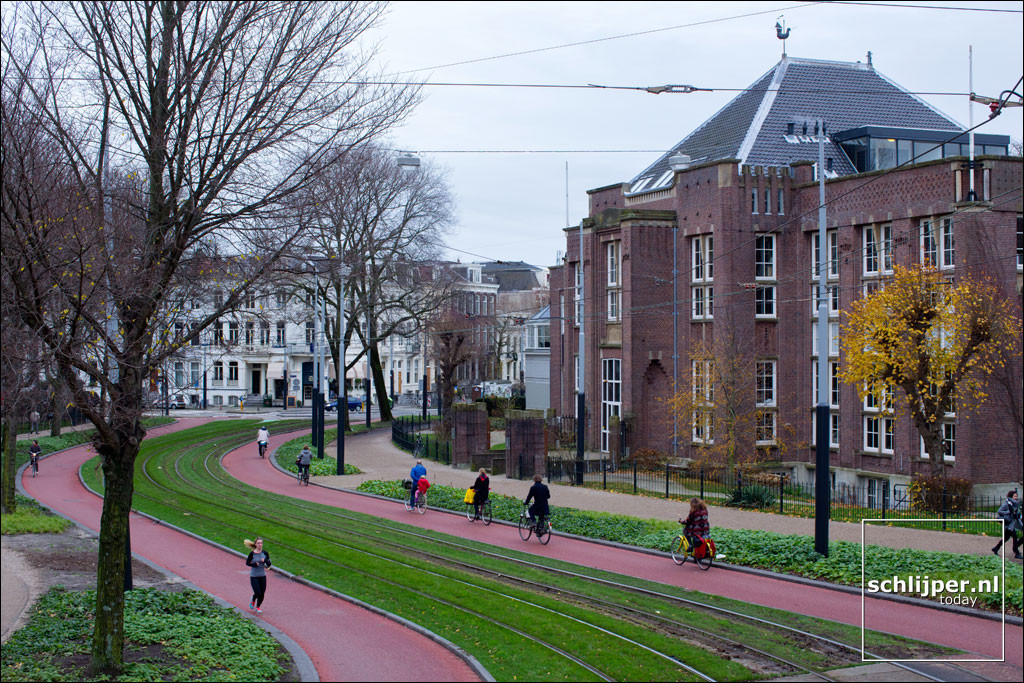