Some of the most harmful problems that cities face today are the result of car-centric development leading to chronic congestion, local pollution, and loss of public space with negative effects on economic development and citizens’ quality of life.

Sustainable Amsterdam is about sharing the innovations that make Amsterdam a livable city and learning from others on how it can continually improve.  This approach is made effective due to the empowerment that comes from knowing that other cities have confronted and overcome similar challenges. That is why we’re launching this Livable Cities campaign – to share Amsterdam’s lessons with other cities!

The campaign is a follow-up to my master’s research at the University of Amsterdam which generated a lot of attention after being featured in a FastCompany article.  What I think makes these comparisons powerful is that they reveal how it is possible to make our streets safe, social and vibrant.  These are not romanticized renderings, but two real examples of urban reality.  Which one would you choose for your city?  Amsterdam has tried both and has made a choice for a more livable city.

To further this conversation, Sustainable Amsterdam is teaming up with Thomas Schlijper to bring you a social media campaign entitled #LivableCities to document and encourage similar approaches to urban design internationally.  On a weekly basis, we will share examples of urban transformations that we hope will inspire urbanists, planners, engineers, politicians – and most importantly, citizens – to redesign cities for people.

We kick off the series with two examples.  The first is the transformation of Sint-Antoniesbreestraat.  This is a symbolic choice because what is now a lively, human-centric street was supposed to be transformed into a four-lane highway in the 1970s.  Public protests prevented these plans from being implemented and marked the beginning of a new approach to city-making, one that puts people and bicycles ahead of cars and parking. 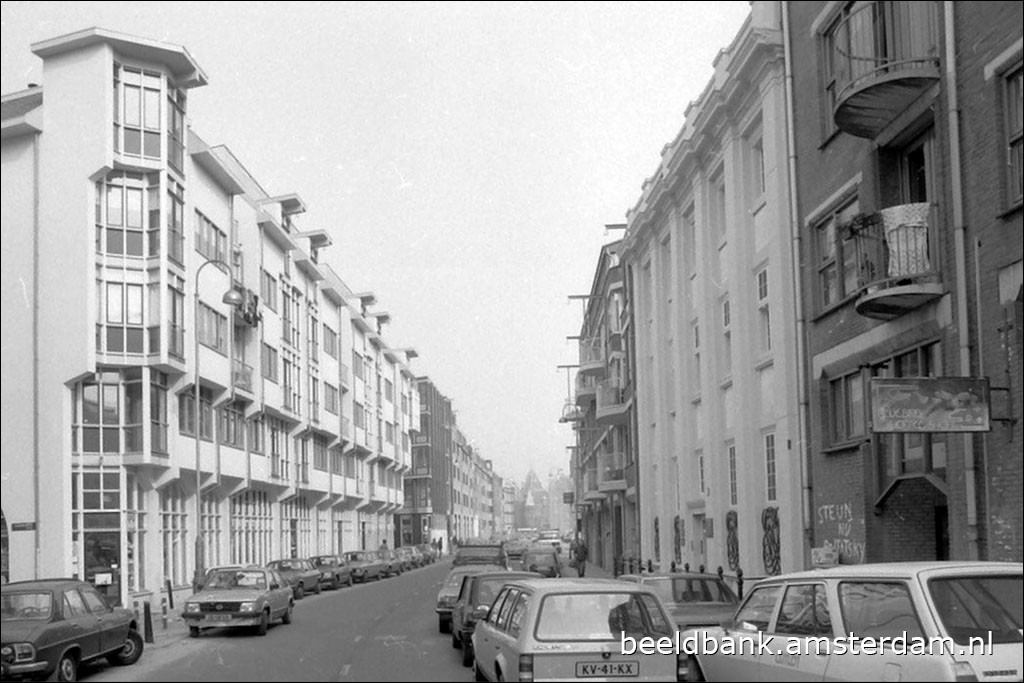 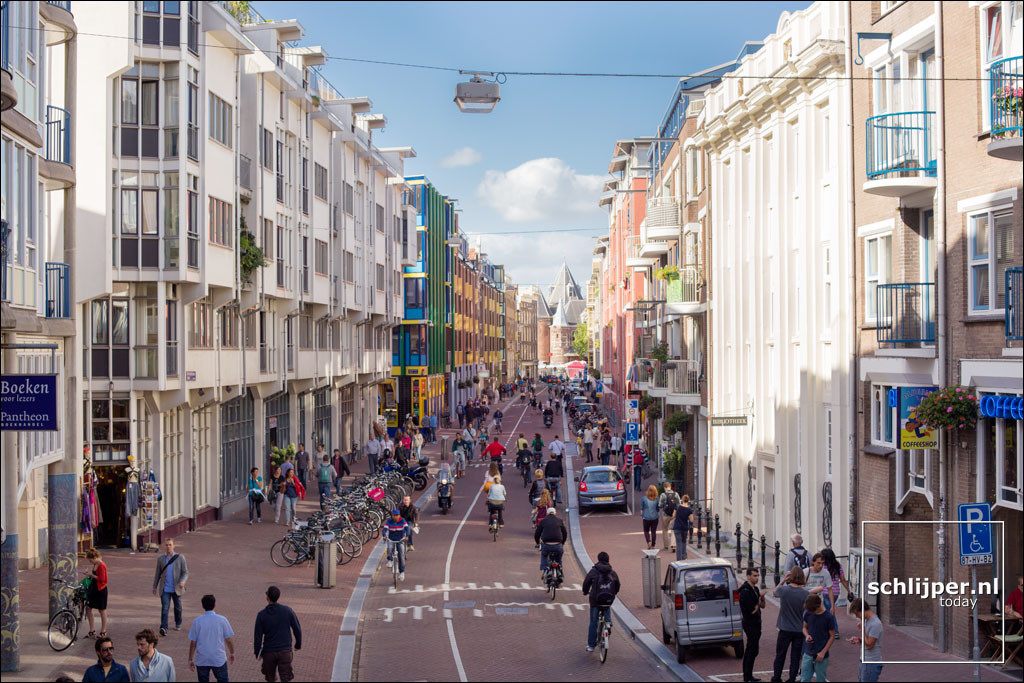 The second example illustrates what city-making in the 21st century is all about: happy, healthy communities.  When we take some space from driving and parking to create playgrounds, we create places that are worth living in.  Cities don’t have to be polluted and dangerous places we’ve been conditioned to think for too long – they can be places of joy, discovery, and beauty for people of all ages. 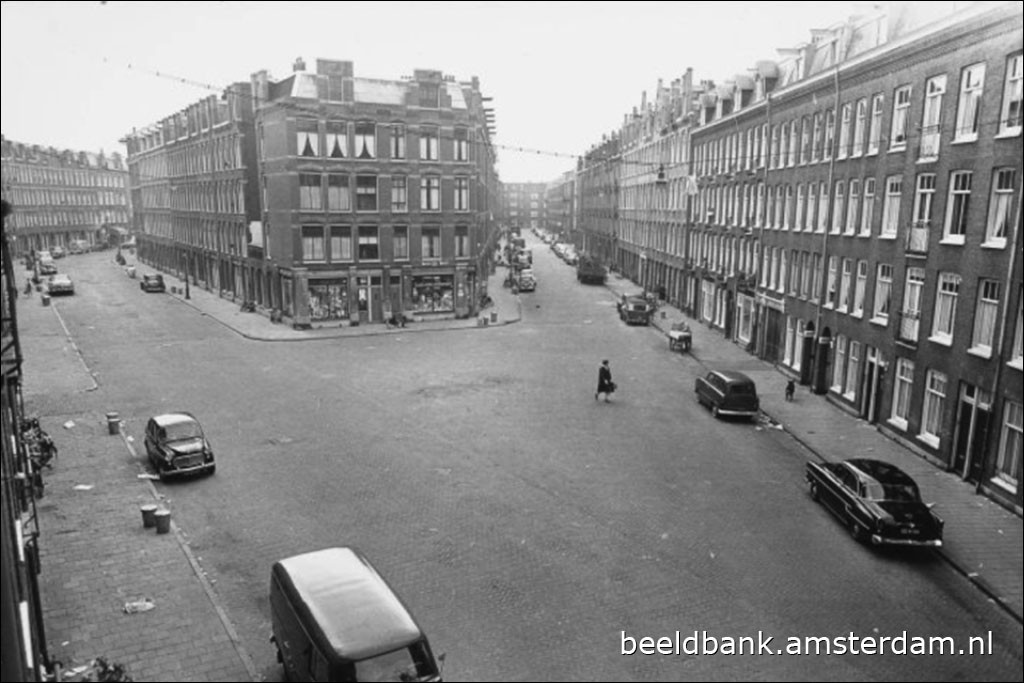 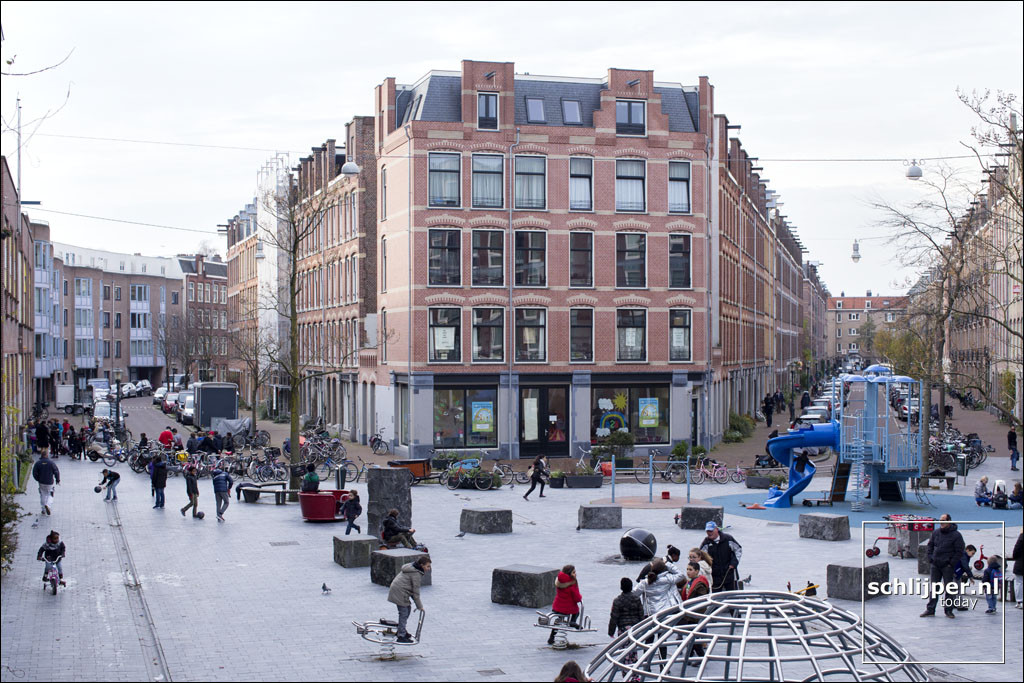 We hope you’ll join us and share your #LivableCities transformations with us @SustainableAMS & @Schlijper!  We want this campaign to be create a conversation so please email examples of urban transformations you would like us to feature to cornelia@sustainableamsterdam.com.

All photo sets from this series

Plantage Middenlaan illustrates one of the most dramatic street redesigns in Amsterdam in recent years.  The current situation is the result of several iterations that incrementally took space from cars and reallocated it to pedestrians and cyclists, until cars were banned completely.  The change from asphalt to grass also helps capture storm water – an issue increasingly common with climate change.

At Haarlmeeerplein, traffic was choked and the additional space used to enlarge an existing square.  A weekly market now takes place here on Wednesdays, illustrating the range of functions streets can serve, not just for moving cars, but also as places for human exchange and interaction.

Museumplein is the cultural heart of Amsterdam.  Its redesign in the 1990s has turned this space in a true urban “living room”, with many events and festivals now taking place here, along with lingering, relaxing, people-watching and sun-bathing.   The current situation resonates with Jan Gehl’s observation that “a good city is like a good party – people stay longer than necessary because they’re enjoying themselves”.   Underneath this green space lies a parking garage for 600 cars, illustrating Amsterdam’s approach to allowing cars in the city, but considering their place carefully.

Maastraat shows how wider streets can be made safer and more social by adding bike lanes and traffic calming elements.  When there is will, planners and engineers can reallocate space for cars to pedestrians and bicycles, increasing their city’s attractiveness and livability.

Reguliersbreestraat has long been a busy commercial street leading to Rembrendtplein, Amsterdam’s historic butter market.  Its current design is an acknowledgment that people are better at shopping than cars – although many cities maintain the false notion that parking is good for business.   This redesign illustrates how busy streets can be used to experiment with reduced car access and parking, to create environments that are more conducive to promenading and shopping.  While cycling is technically banned on this street, there is no sense in strictly enforcing this law against confused tourists.

Nieuwe Doelenstraat is famous as the site of the Musketeers’ Meeting Hall (Kloveniersdoelen), where Rembrandt’s Night Watch was first commissioned and displayed from 1642 to 1715.  Today this narrow street in the inner city connects key destinations, including Amsterdam’s prestigious Hotel de l’Europe, the Grand Café De Jaren and the University of Amsterdam’s (UvA) Theatre and Institute for Theatre Studies.  The photo comparison illustrates how by restricting parking space, this street now feels more like an urban living room than a parking lot.  The current design resonates with Brent Toderian’s concept of “sticky streets” – places that make people want to linger, even as cars are not banned completely.

Historically connected to one of Amsterdam’s oldest and most heavily used canals – the Nieuwezijds Voorburgwal –  this square served many functions as a meeting place, cattle market and as a loading and unloading area for beer.   As with most squares in Amsterdam, its primary function during the better part of 1960s -1980s was as a car parking lot.  Fortunately, despite large scale demolition and reconstruction of buildings in this area starting in the 1990s, the square has been made car free following the construction of a nearby underground garage accommodating 400 cars. Now it is the abundance of parked bicycles and scooters that are seen as obstacles to the movement and comfort of people.  Nevertheless, even on a cold January afternoon, the improvement to the public realm is obvious!

The intersection of Gerard Doustraat and Tweede Jacob van Campenstraat offers a striking example of how different streets feel when they prioritize cars versus people and bicycles.  By reallocating space from parking to other uses, the streets feel more like a living room than a parking lot.  Trees add further to the quality of the built environment and makes it more pleasant for residents and visitors.  Unfortunately, in other city trees continue to be cut down for the poor excuse that their removal will improve sight lines and therefore safety for drivers.  This notion assumes that cities should accommodate high speed traffic flows, which Amsterdam now realizes is at odds with quality of life.

Not too long ago people had to cross motor traffic to connect from Central Station to the Ij-River.  With the completion of the underground car tunnel, that is no longer the case.  Now all surface space is given to pedestrians and cyclists, increasing connectivity and accessibility to the waterfront and to Amsterdam North. Completion of this redesign has been much anticipated, some fearing the implementation of shared space would be a problem.  Observing the space, it seems that self-organization works!

Although we already covered Haarlemmerplein earlier in this series, we had to do it again.  It is hard to imagine how a space dominated by car traffic could be transformed into the beloved public space it is today.  But that is in fact what this series is all about – learning from the difficult (some will say impossible) decisions made by the City of Amsterdam, to inspire similar redesigns in other cities.  If Amsterdam could reclaim its streets for people and emerge as a leading example of a bike and friendly city, others can as well!

Mr. Visserplein is a great relic of the car-centric city and transport planning of the 1960s and 1970s. When opened in 1969, this five leg roundabout had motor traffic on two levels (on the street level and through an underground tunnel).  Underground passages for pedestrians were constructed but people did not like using them so they quickly became favourite places for criminal activity.  In recent years, although this remains one of the largest and busiest intersections in town, much of the space previously allocated to cars has been reallocated to cyclists and pedestrians.  Now all modes interact at street level, while the underground car tunnel has been closed off completely and turned into a playground.